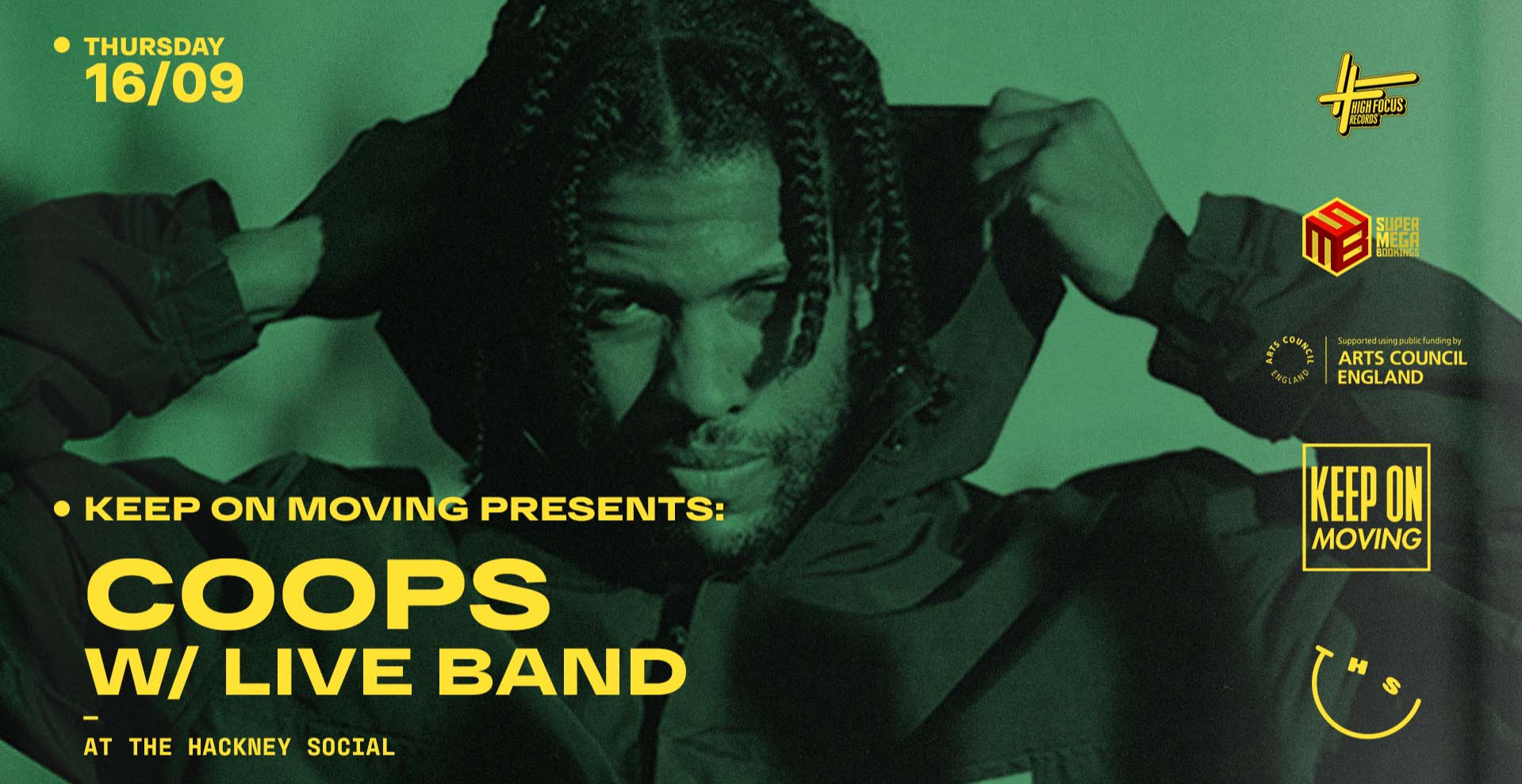 Keep On Moving is a brand new weekly live event showcasing some of London’s most exciting artists. Taking place at The Hackney Social, a brand new venue for the arts, you can expect to see a hand picked selection of brilliant artists across multiple genres perform with their band in an intimate setting.

Coops, won at 23-years-old Choice FM’s Breakthrough Competition, and the chance to perform alongside Nas, one of his formative influences. “I want to be inspired by the greats, rather than what’s current,” the North Londoner explains, citing Jay Z, A Tribe Called Quest and Eminem as other major inspirations.

Having already built a strong momentum for himself with several releases under his belt ( ‘What Do You See’ in 2011, ‘Lost Soul’ in 2014 & ‘God Complex’ in 2016), Coops signed to High Focus Records in 2017 and quickly released two critically acclaimed projects in just a year – the introductory ‘No Brainer’ and the full length opus ‘Life In The Flesh’. Returning in 2020 with the existential masterpiece ‘Crimes Against Creation’, Coops questions the current state of hip hop, politics, and the world.