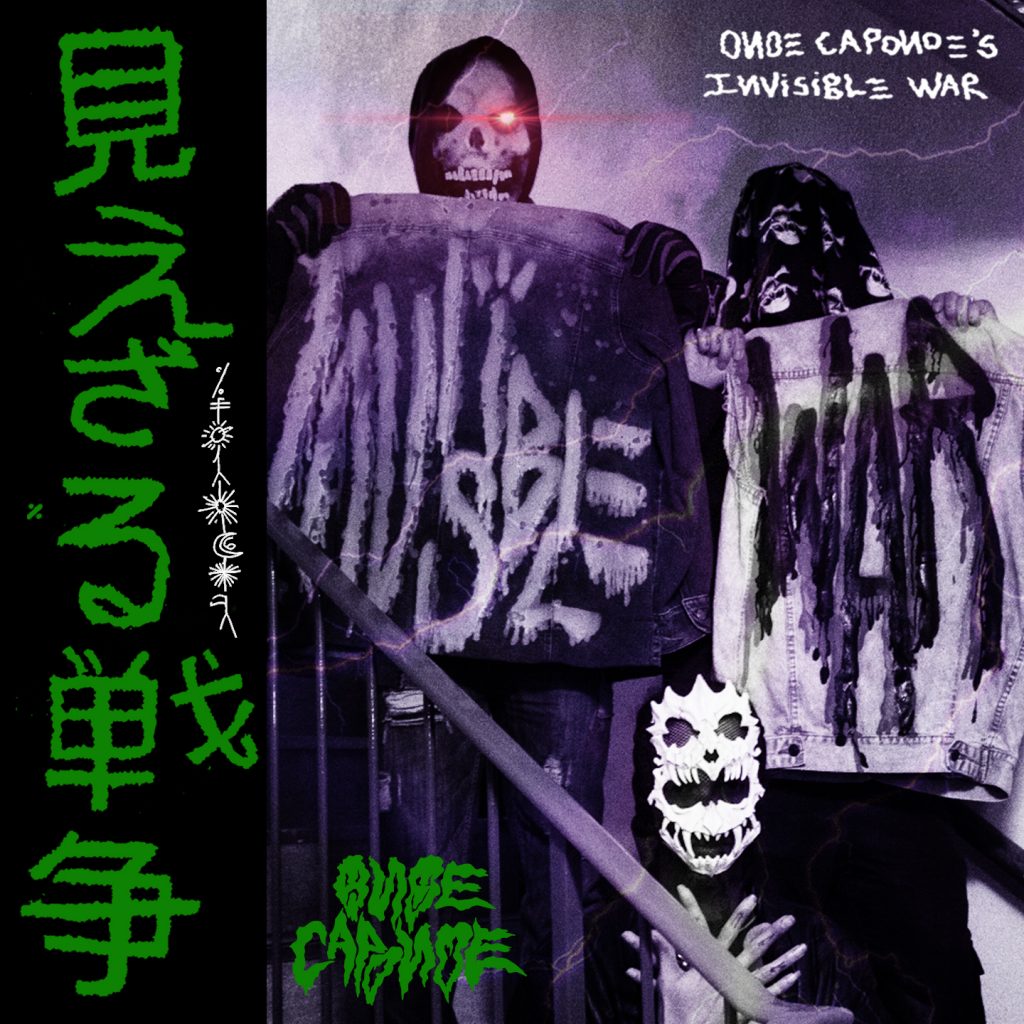 Self proclaimed ‘exotic rapper’, Onoe Caponoe, has become one of the most progressive and exciting artists in the London music scene.

March 2019 saw the release of ‘Surf Or Die’, tallied as the ‘definitive Onoe Caponoe Album’, regarded by many as his most complete body of work to date receiving critical acclaim from the likes of Clash Magazine, The Wire & Red Bull Music UK to name but a few. Not one to rest on his laurels, the prolific Onoe Caponoe is keeping the momentum going and is ready to present his next full length offering in the form of ‘INVISIBLE WAR’.

From the outset, ‘INVISIBLE WAR’ is a different beast. From the offset the listener is brought to an alternative universe than that of ‘Surf Or Die’. Despite having the same team behind the production, they have crafted a unique sound for this record which serves Onoe perfectly as he wages his ‘INVISIBLE WAR’ over beautifully constructed, yet menacing, instrumentation.

With 1st single ‘Breaking Out The Mist’ already setting the tone on HighFocusTV, and a 15 date European tour in the works, Onoe Caponoe is putting his best foot forward for 2020 and spearheading the High Focus Records movement as we enter a new decade.