After performing at the same Boiler Room a cool decade ago and connecting through a love of the same genre-blurring sonics that have defined their respective careers to date, King Kashmere and Letherette were always destined to make music together.

It was only a matter of time.

Lifted from their brand new EP ’TR3B’ which DROPS TODAY on High Focus Records, King Kashmere and Letherette set course on ‘Snake Pie’; the second act in their collaborative odyssey. 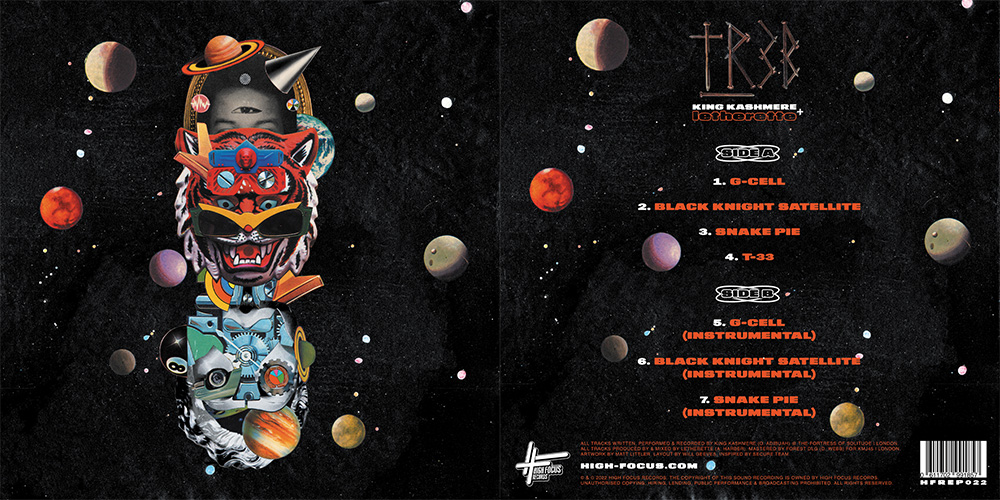 As an artist who champions a dozen or so sounds, rooted in gripping pop culture aesthetics, genre-smashing production and impeccable versemanship, King Kashmere’s quest to perfect the unperfectable has seen him carve out a unique (and ever-shifting) point on the rap map. Letherette are a duo; two school friends from Wolverhampton, with a rich release history spanning Ninja Tune and beyond, however, their current form fluxes and shifts with each creative endeavour (depending on where either they find themselves at any given fork in the road).

King Kashmere x Letherette’s collaborative EP represents something of a distillation process; avenues of thought and feeling presented as ‘TR3B’; a 7-track EP that feels more like a tapestry than a record, weighted in the experiments of the aforementioned decade, expertly presented for 2022 and beyond.

‘TR3B‘ is now available to order on DIGITAL and a SUPER LIMITED run of BLACK 12″ VINYLS limited to 250 COPIES. We’ve also launched a PAIR of ‘TR3B’ T Shirts in both black and white colour ways.

SECURE YOURS BY CLICKING HERE. 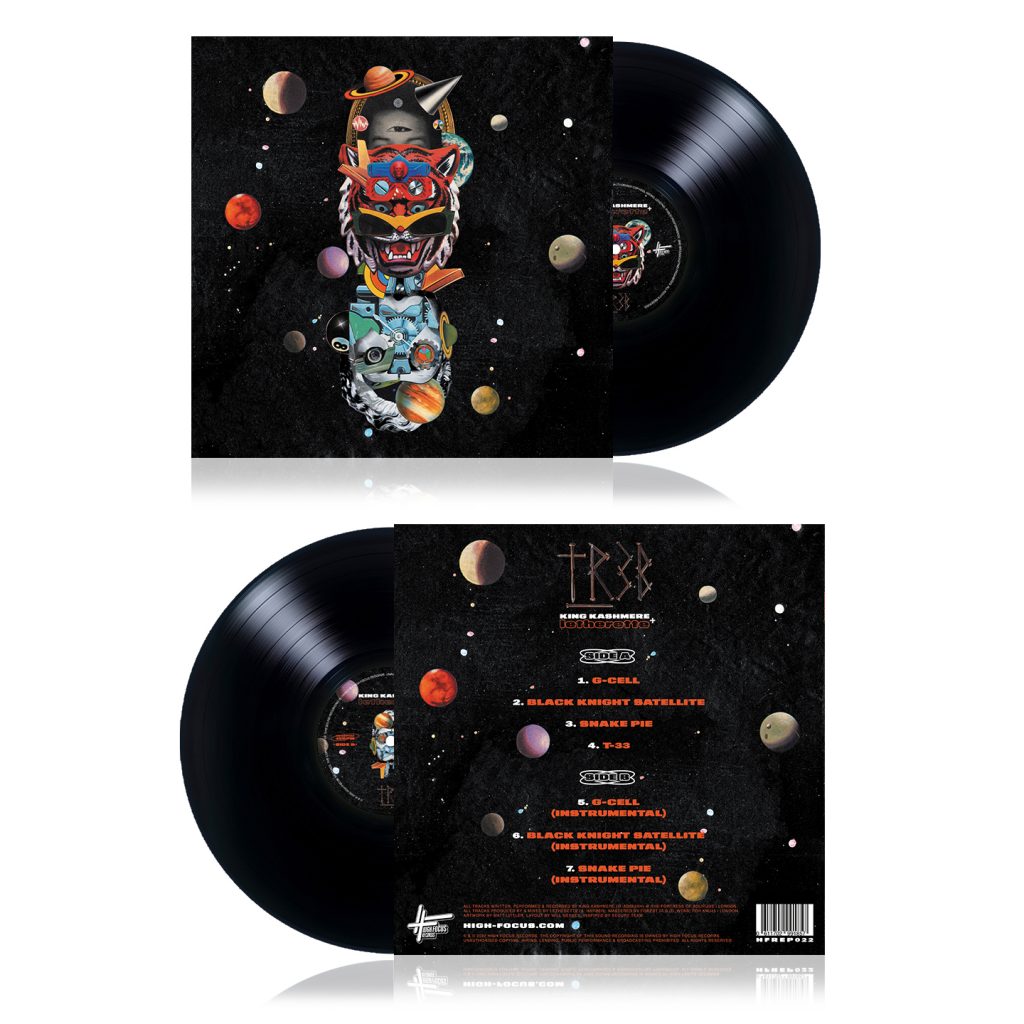 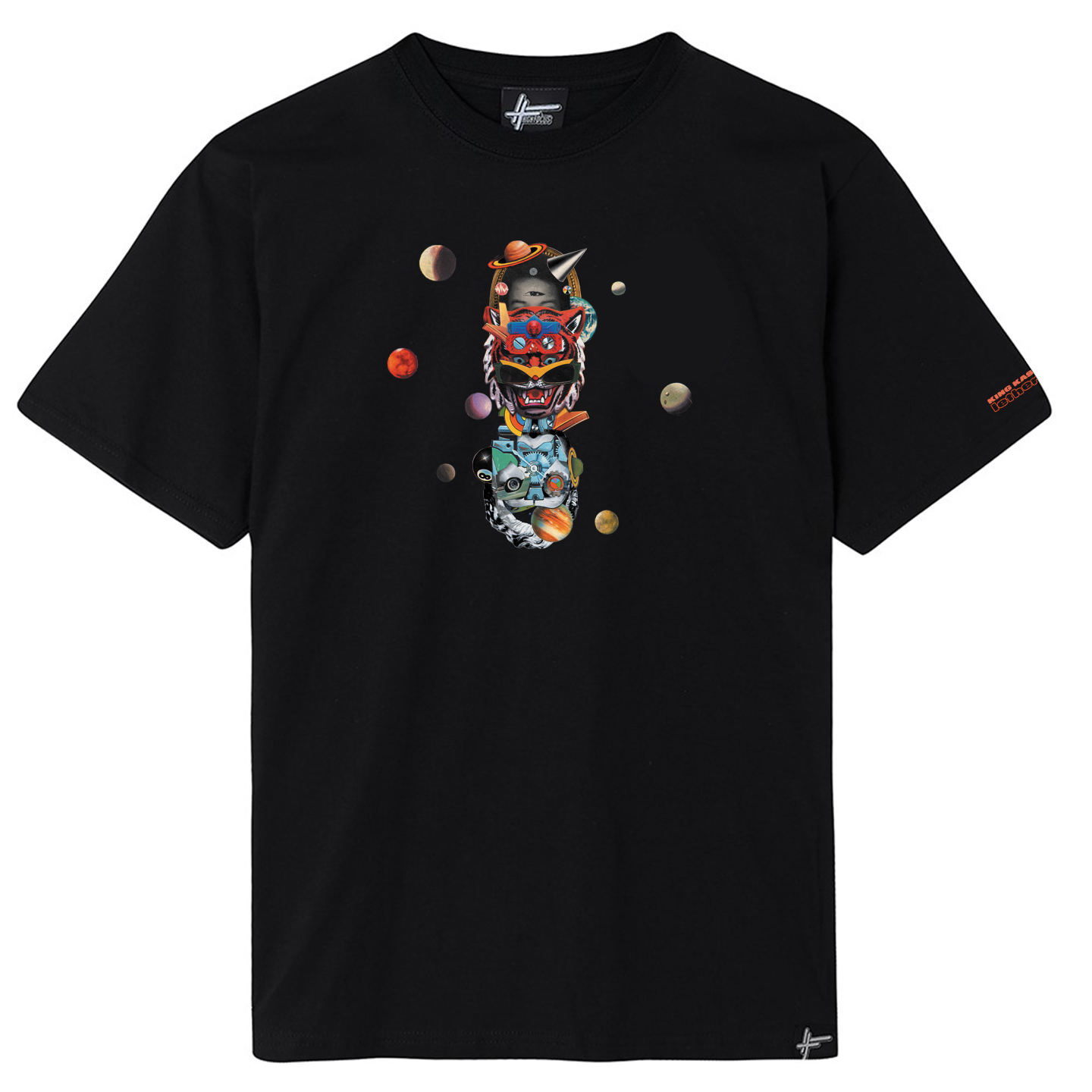