Given the sonic arc of the first four singles lifted from Fliptrix’s hotly anticipated new album ‘Mantra No. 9’, ‘SM58’ feels like something of a curveball.

Not that ’SM58’ derails the journey Fliptrix is curating as he shines a broader light on the inner workings of his ninth studio album, far from it, simply because there is a distinct change in pace and fluctuation in mood channeling a new set of energies that have (up to now) gone untrodden.

Fliptrix knew ’SM58’ was going to do exactly what he hoped it would after performing it for the first time (at the same live show that features in the official video). With Onoe Caponoe and Ramson Badbonez in attendance; the crowd responded with an insane energy to every verse, the exact same energy Wundrop has perfectly captured in the minimalist, low-frequency production that sees the track expertly traverse the ultra-fine line between orthodox and unorthodox.

In short, ‘SM58’ sees Fliptrix and co. return with a CERTIFIED BANGER to remind us that are FULLY accustomed to shelling it in 2023 and beyond.

Fliptrix returns to the UK for the ‘Mantra No. 9’ Headline tour this February / March with shows in Manchester, Bournemouth, Brighton, Bristol & London. Tickets & more info at the following: http://smblive.co.uk 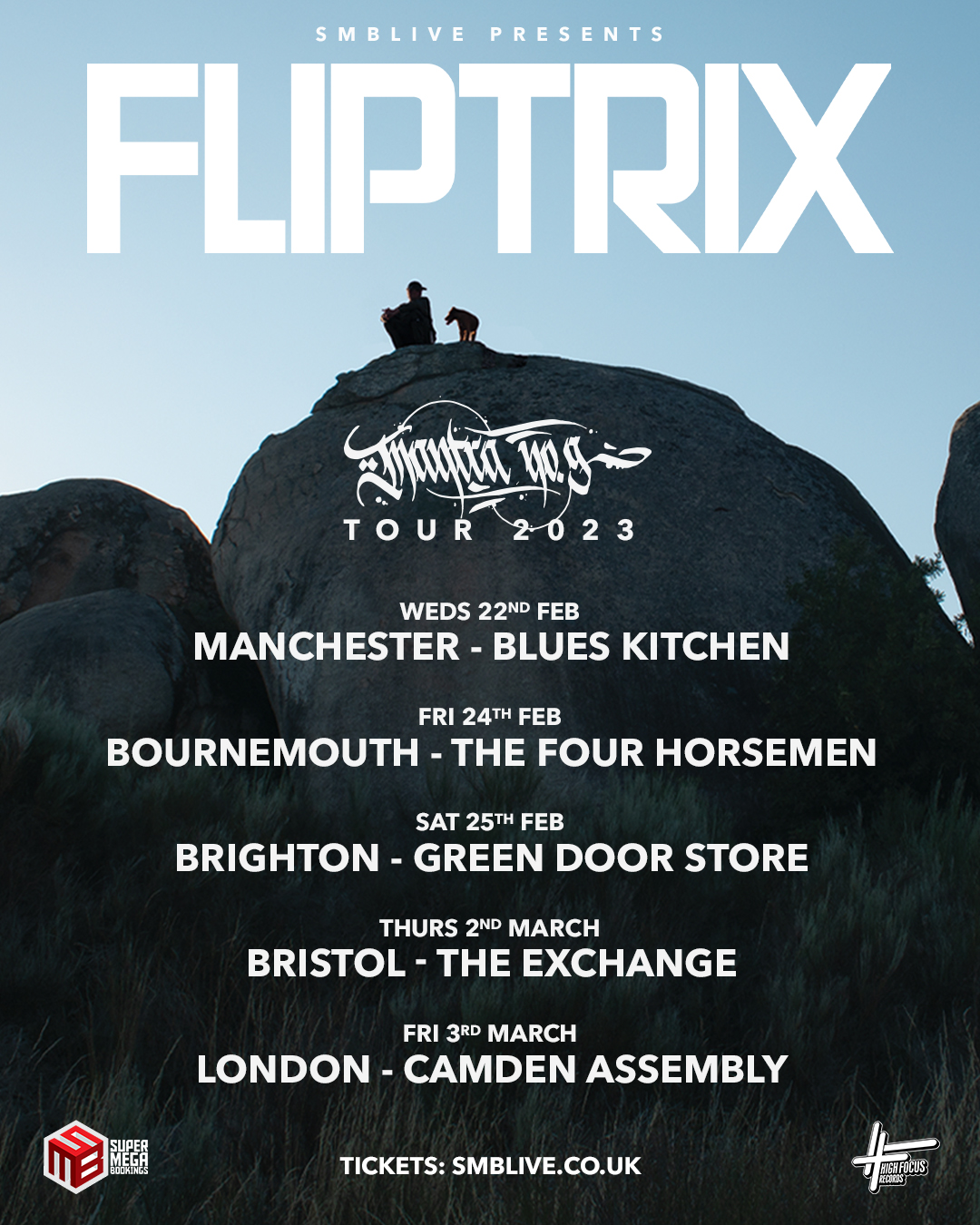