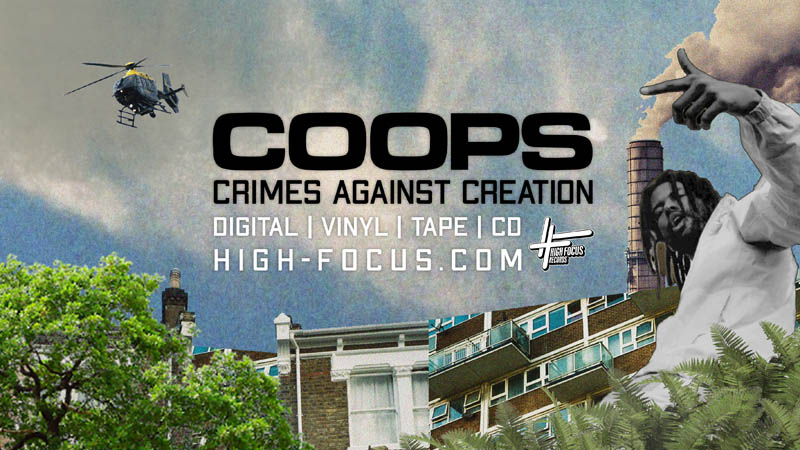 The 8-track project – which was made in just 4 studio sessions – Was turned around in record time to ensure the music was released during this unparalleled time in history. Highly appropriate for these times, ‘Crimes Against Creation’ shows Coops as one of the stand out voices of his generation, hitting every nail on the head with this powerful release. Featuring singles such as ‘Laws Of Nature’ and the chilling ‘Bring The Fire’, this album serves a poignant reminder that we are living in serious times.

Officially released on the 9th of July 2020.