Today Ocean Wisdom has shared his first new single in over a year, an absolute banger entitled ‘Eye Contact’. To support the single, we have dropped a new video featuring Hollywood actors, stunt men, special FX and expensive luxury motors. Check it HERE 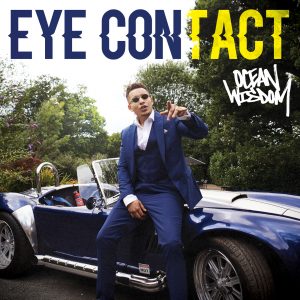 ‘Eye Contact’ comes 18 months after the release of his debut smash LP ‘Chaos 93’, which left a massive dent in the scene. ‘Eye Contact’ showcases his signature rapid-fire flow like never before, as he seems to even surpass the speeds demonstrated in his 2015 breakthrough debut single ‘Walkin’ (4m+ views on YouTube).

In late summer 2016, Unilad posted an article claiming that Ocean Wisdom had dethroned Eminem as the ‘fastest rapper’ after managing to fit an impressive 4.45 words per second into his track ‘Walkin’ compared to Eminem’s 4.31 words per second in ‘Rap God’. This article and ones of a similar nature would go on to become viral, drawing praise for Ocean Wisdom, as well as being shared and commented on by some of the industry’s forerunners such as The Game, D12 and Akon. It’s hard to imagine that he could develop his speed further still!

‘Eye Contact’ is available to download and stream across all major digital platforms. To celebrate the release, we have also decided to release a limited run of hand numbered 7″ vinyls which feature ‘Eye Contact’ and a vinyl only exclusive remix by Strange U’s Dr Zygote! These are going to fly off the shelves so order yours now HERE!

STAY LOCKED THIS IS GOING TO BE A GAME CHANGER!