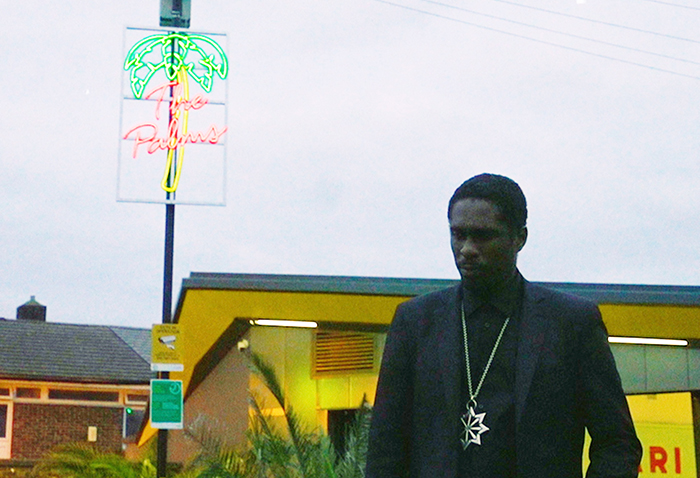 King Kashmere (aka Vadertron, Galaktus, The Iguana Man, Chuck Enzo…) is a British MC and producer who boasts a unique, gritty, and complex sound, coupled with impeccably crafted verses full of pop culture references and gripping social commentary. Boasting a multi decade contribution to the scene, King Kashmere’s quest to perfect his craft has led him to a well deserved place of local respect and international intrigue. King Kashmere released his debut album, “In The Hour Of Chaos,” a 17-track exploration of the relationships between the physical and metaphysical manifestations of earthly light and darkness. Released on Receptor Records in 2006, the album was received warmly by critics and listeners alike, quickly establishing King Kashmere as an unparalleled creative force on the local scene.

In 2008, a selection of unreleased tracks written during the process of crafting his debut was released as “Raiders of the Lost Archives,” on YNR. Featuring the production wizardry of Jehst, Ghost, DJ IQ, Jazz T, and Zygote, Raiders marks a humorous, confident, and enigmatic peek into the Lizard King’s mind. In 2010, King Kashmere released Galaktus, a joint project featuring the production mastery of Jazz T and Zygote, centered around their mutual love of comic books and science fiction. Following shortly after in 2012 was Kingdom of Fear, a joint project with Jehst celebrating the life, works, and vices of the late Hunter S. Thompson. The pair took a non-conventional, Gonzo style approach to the album’s creation, writing and producing each track on spot with a callous disregard for the typical standards of refinement.

Continuing the framework laid with Sophie Cotter around 2010, King Kashmere and Zygote teamed up under the banner of Strange U as a full time effort. They released their debut, Scarlet Jungle, in 2013 on Eglo Records, followed by Aliens in Suits on the late Par Excellence in 2014. In the same year, the pair independently released #EP 2040, which paved the way for their 2017 High Focus debut, #LP 4080, which was released to great success and interest. With a completely unique style and lofi delivery, Strange U has created a niche fit for the most subterranean of homesick aliens. Most recently in 2021, the duo has released the singles Maybe and Arm Leg, preparing us for what’s to come the next time the mothership lands.

In 2019, Gawd Status was birthed as a collaboration between King Kashmere on production, and Joker Starr on vocals. They released their debut, Firmamentum, on Tru Thoughts in 2019. With an eclectic, thought provoking sound, Gawd Status seeks to find hidden truths, and to bring light to geosociopoitical issues with class and grit. They are currently finalising their follow up album! Later that year, under the moniker Chuck Enzo, King Kashmere released a bootleg of Destructo Disc, a fully production based project, under Group Bracil, with the full length debut slated for 2022. Next to come in 2021 is the debut of Old Children, a trio featuring King Kashmere, Booda French, and HPBLK, entitled “Push Start.” Lofi dolphin awareness music for modern day dolphin house ex-patriates, prepare for a vapourwave fever dream like nothing else before.

King Kashmere continues to work at a superhuman rate as he prepares for the gruelling launch schedule and impending deep space missions ahead, and remains fully committed to producing soulful, inimitable hip hop for his fans, forged with integrity and limitless creative energy every single time.